Contemporary Accommodation Developments + Interiors from around the world

We’ve selected what we feel are the key examples of Hotel Buildings. We focus on high quality contemporary Hotel buildings.

We have 5 pages of Hotel Architecture selections with links to hundreds of individual project pages. image from architects
Fairmont Pacific Rim Hotel
Every suite houses its own custom vinyl collection and Rega RP1 turntable. Guests are welcomed with a curated compilation of records based on their musical preferences, or can select their playlist upon arrival. Guests also enjoy Fairmont Gold services during their stay with private check-in, concierge, and an exclusive lounge that overlooks the harbour. photo from architects
Rotana Salalah Five Star Hotel
This building is the largest five star hotel in the country with 400 rooms. Situated in Salalah, the capital of the southern region of the Sultanate of Oman, it is one of the most beautiful hotels in the country. photo : Agostino Calandrino
Renaissance Barcelona Fira Hotel
The tower’s facade is bright white on the south, west and east elevations in order to reduce solar gain due to exposure to the sun. The north facade is matt black to help it absorb as much solar radiation as possible during the short time it is exposed to the sun.

photo : Ruchika Grover
Hyatt Regency Pune
Odyssey was responsible for the Hardscape at the Hyatt Regency Pune. The principal architects Bilkey Linas Design and Landscape architect Joel Burega envisioned a tropical feel for the external area of the hotel. Odyssey was involved in the stonework for various elements of the building including its landscape. 5000 sqm of Jaisalmer Flower Limestone in an antique finish has been dry clad on the twin towers of the building; one serving as service apartments and retail, while the second is a five star business hotel. 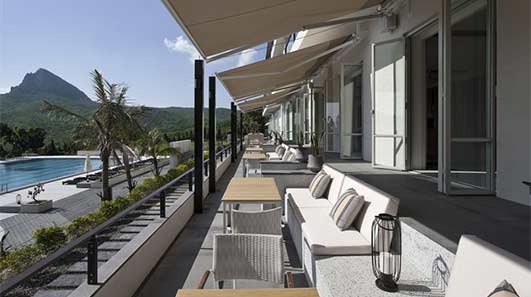 photo : SAM
Gloria Manor Boutique Hotel
The hotel is located at Kenting in the southernmost part of Taiwan. The property was previously used as a retreat by the late Generalissimo Chiang Kai-Shek in the late 60’s, thus no major structural or exterior openings were allowed to be changed. With the rich history of the property, the client hoped to achieve two purposes: heritage and sustainability. photo : Peter Burgstaller
Hotel Daniel Vienna – 9 Aug 2013
Atelier Heiss converted the former Hoffmann-La Roche-building to an urban hotel. The original building had the first curtain-wall style facade in the city (by architect Georg Lippert in 1962). The landmarked facade and the supporting structure exist to this day. The former offices were adapted to hold 115 double rooms, and the ground floor area was converted into a bakery, a retail shop and the reception. 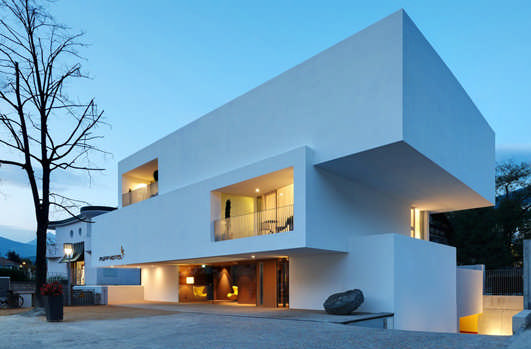 photo : Jürgen Eheim
Hotel Pupp – 1 Jul 2013
A withdrawal in the middle of the city, away from the hustle and bustle, is made possible. From the outside the tripartite interlocked structure is supplied with a special plaster (in German called “Besenputz”), like the residences close to the city, but is pushed to the fore with the colour pure white. The building comes to life with its cantilevers, with its shadow play in the façade. photo : Rade Kovac Mitarh
Hotel Centar
Hotel is located across the beginning of the main pedestrian zone in Novi Sad and across of the Serbian National Theatre, as a dominant point in space. It was conceived as a cubic form, and follows years of research on the topics: surface depth, layers of membranes. 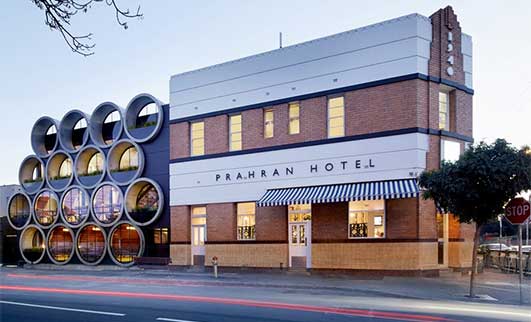 photo : Peter Clarke Photography
Prahran Hotel
The Prahran Hotel is a substantial two storey corner pub with a striking streamlined art deco facade. The rear of the venue had a poorly proportioned, internalised single storey extension and the clients brief for the project called to demolish and replace it with a dramatic double height space with a central courtyard. 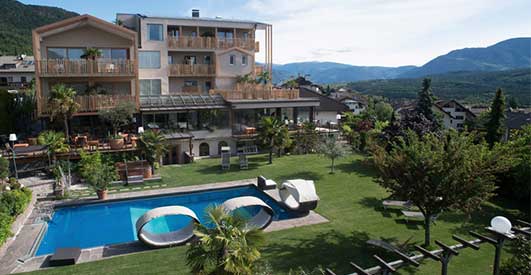 photo : Martina Jaider
Hotel Panorama – 4 Jun 2013
A reworking of a traditional hotel – but has the redevelopment gone far enough? Once could imagine a more dynamic intervention, but here is what the architects say: “…the intervention is a constructive gesture using the contrasts of the existing. Inspiration and commitment resulted from strong links between tradition and modernity, inside and outside, cold and hot, before and after…we worked like archaeologists by interweaving old and new in a very dynamic way.” 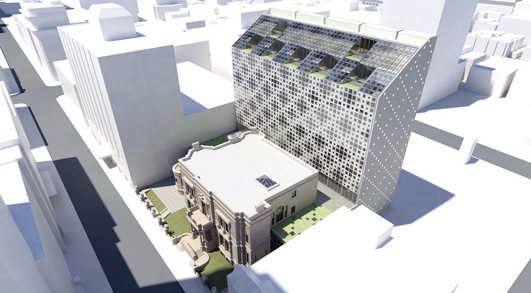 image by architects
Montreal Luxury Hotel – 28 May 2013
A new luxury hotel building on the Mount Stephen Club site located on 1440 Drummond Street in Montreal. Tidan Group owner of this impressive heritage building has started the construction of an 80-room hotel at the heart of downtown.

photo from Mamilla Hotel
Mamilla Hotel Jerusalem – 16 May 2013
A significant cultural, architectural and touristic evolution of the urban fabric of one of the world’s most iconic and timelessly beautiful cities happens this June with the opening of the first luxury lifestyle hotel in Jerusalem and Israel: Mamilla Hotel. 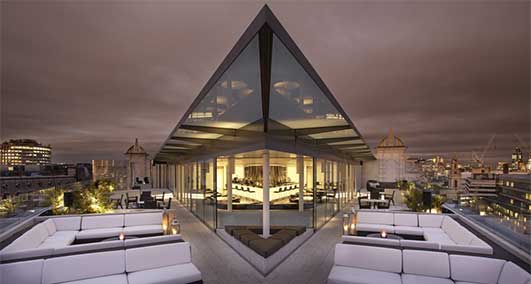 photo : Francisco Guerrero
The ME Hotel London – 5 + 4 Mar 2013
The ME Hotel – the first flagship hotel in which everything, from the shell of the building to the bathroom fittings has been designed by Foster + Partners – has opened in London. 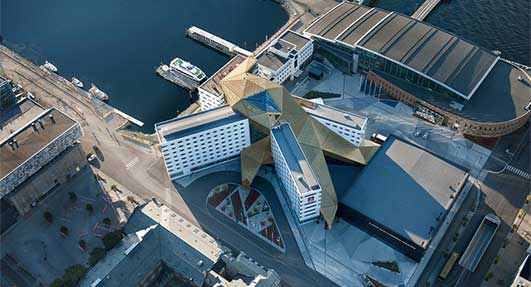 photo : Peter Hebeisen
Clarion Hotel & Congress Trondheim – 28 Feb 2013
Unlike the classical American and Asian hotel atrium where everything is exposed in a centralized and vertical, magnificent but one-dimensional experience under a glass cover – the lobby is here given a 3-dimensional and dynamic spatial experience with a programmed roof, and a sequence of shifts between glimpse and panorama, intimacy and spectacular exposure. 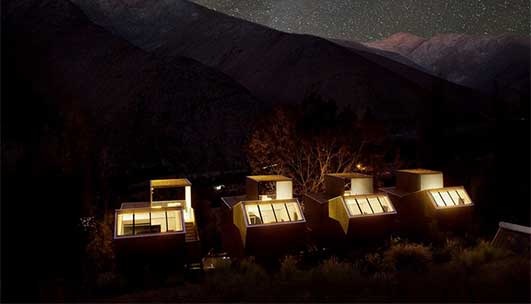 photo : Erieta Attali
Greek Hotel Building – 31 Aug 2011
How could one revive vernacular architecture in such an exceptional setting as Imerovigli, Santorini, with its view of the Caldera, opposite the Skaros rock? Generally rooms to rent at the Caldera simulate the vernacular by cloning indefinitely vaulted roofs. photo : Roland Halbe
Hotel nhow
Aligning with the existing storehouses the four-star “nhow Berlin” Music Hotel by the Spanish nh-group is located between the River Spree to the south and Stralauer Allee to the north containing 310 rooms and two restaurants, a convention center including a ballroom, and offering a spa area and an underground car park.